Missy is doing fairly well. Right now she is at the vets office, spending the night.

Poor girl. First the amputation due to the injury she received and the reason I got her. Recovered so well from that!

Then kidney stone surgery! Again all went well. She transitioned to the prescription food great.

Now since we’ve had her, she’s needed extra fiber in her diet. Her bm’s were very firm, so I added pumpkin or butternut squash baby food to her food every day. Seemed to soften things up. Since she’d had problems she had connected the pain of going to the litter box. She has, from day one  pooed on the floor beside the box . No problem, I have a huge piece of linoleum that the boxes sit on. Not the first cat I’ve had that failed to make it in the box and linoleum is so much easier to clean than carpet.

Today, again, no poo. She also refused to eat her food, even after I added salmon oil. So back to the vet we go.

So, she us now at the vets. She’ll be getting a colonic enema. Her colon is stuffed! Also said her pelvic area is far too small and feels the injury may have also damaged her pelvis causing this and causing the problems with her bowels.

So added fiber everyday from now on, increase the metamucil to a half tsp. Adding more if I notice it’s having no effect. Continue with the pumpkin and squash (She loves it!)

This may happen again, or may not.

So, her pooing on the floor was actually a good thing! I have 6 cats, if she pooed in the litter box I’d never have known she wasn’t going!

This past week I’d found some wet spots on the floor and Missy has been exceptionally affectionate and vocal so off to the vet we went.

So antibiotics again. He said with surgery only a month ago it’s not uncommon so hoping this won’t be an ongoing thing.

Other than that she’s doing great! Since the kidney stone surgery she’s eating better, has gained weight, her fur is sleeker than silk! 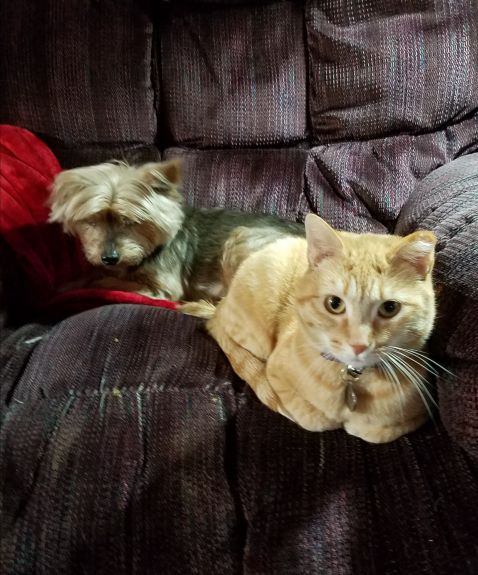 Kidney stone surgery went well.  Surgery was Monday and she got to come home Tuesday evening.

She was given Hills CD to eat, which, if anyone has ANY ideas on how to feed one out of five cats a totally separate food, I’d highly appreciate any hints/tips, etc  LOL

Sadly, this surgery has been harder on her than the amputation.  She had no feeling due to the femoral never being shredded for that, but she sure does have feeling in the kidney area.  But she is eating, pooing, peeing, etc, just lots of lounging and needing extra lovin’s. 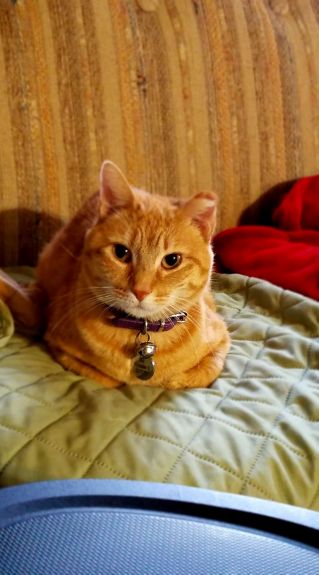 Took Missy to the Vet today.  She’s been doing fantastic!  Bebopping around the house.  But yesterday, she pottied on the kitchen rug, so today we went to the vet.  I knew there was trouble when they pulled in the ultrasound machine.

Sadly, she has kidney stones, so today, she’s having surgery to remove them.  Good size ones so they’ve been there a good amount of time. 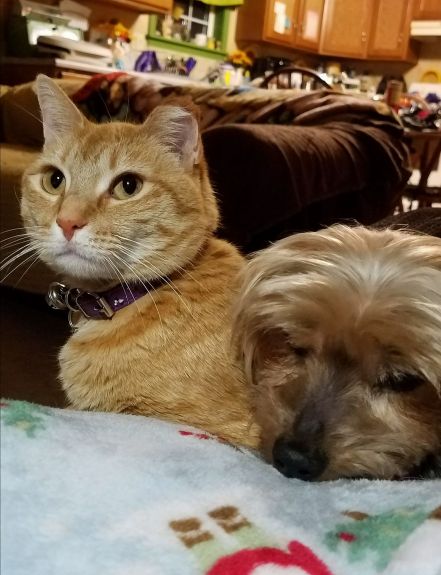 Missy is doing great. She has adjusted so well and it seems as if she’s always been a tripawd.

There are a few limitations. She cant walk narrow ledges quite as easily and jumping distances are out.  She can jump up pretty well but not very confident at going across distances.

But boy can she run! Graceful, fast and smooth. Walking she has a definite hop, but running?, not a sign just zips around at top speed, careening around and sliding around turns..lol

The low sided litter box is being put up. She has no problems with the regular and all my cats decided they preferred it, so there is a mound of litter on the floor in front of it at all times.

She is just doing fantastic! 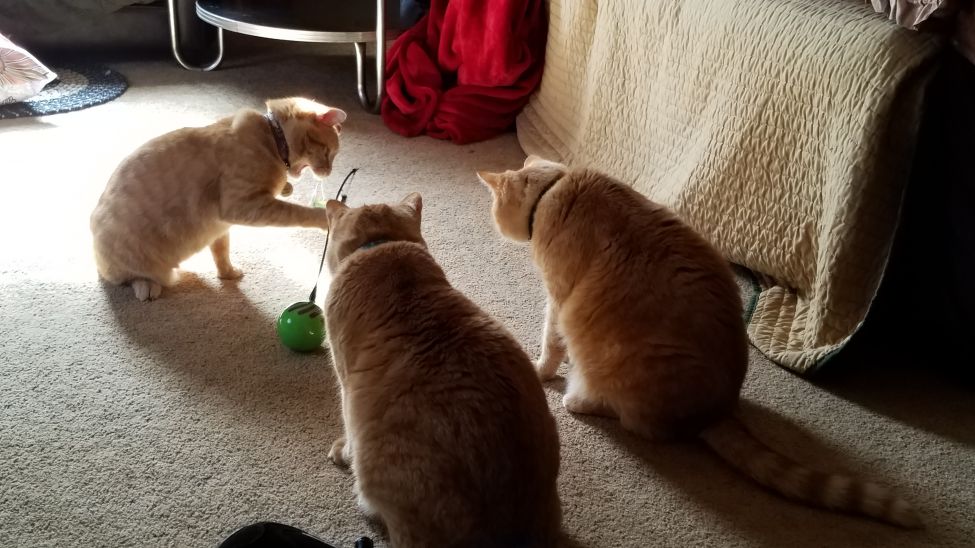 About Your Tripawds Blog:

New Tripawds Bloggers: Please review your default first blog post at left for lots of helpful links for getting started with your blog or review the Help Videos in your dashboard. Edit these widgets from your Appearance settings to remove this notice, upload a custom header photo, or choose from 130+ themes, and much more!